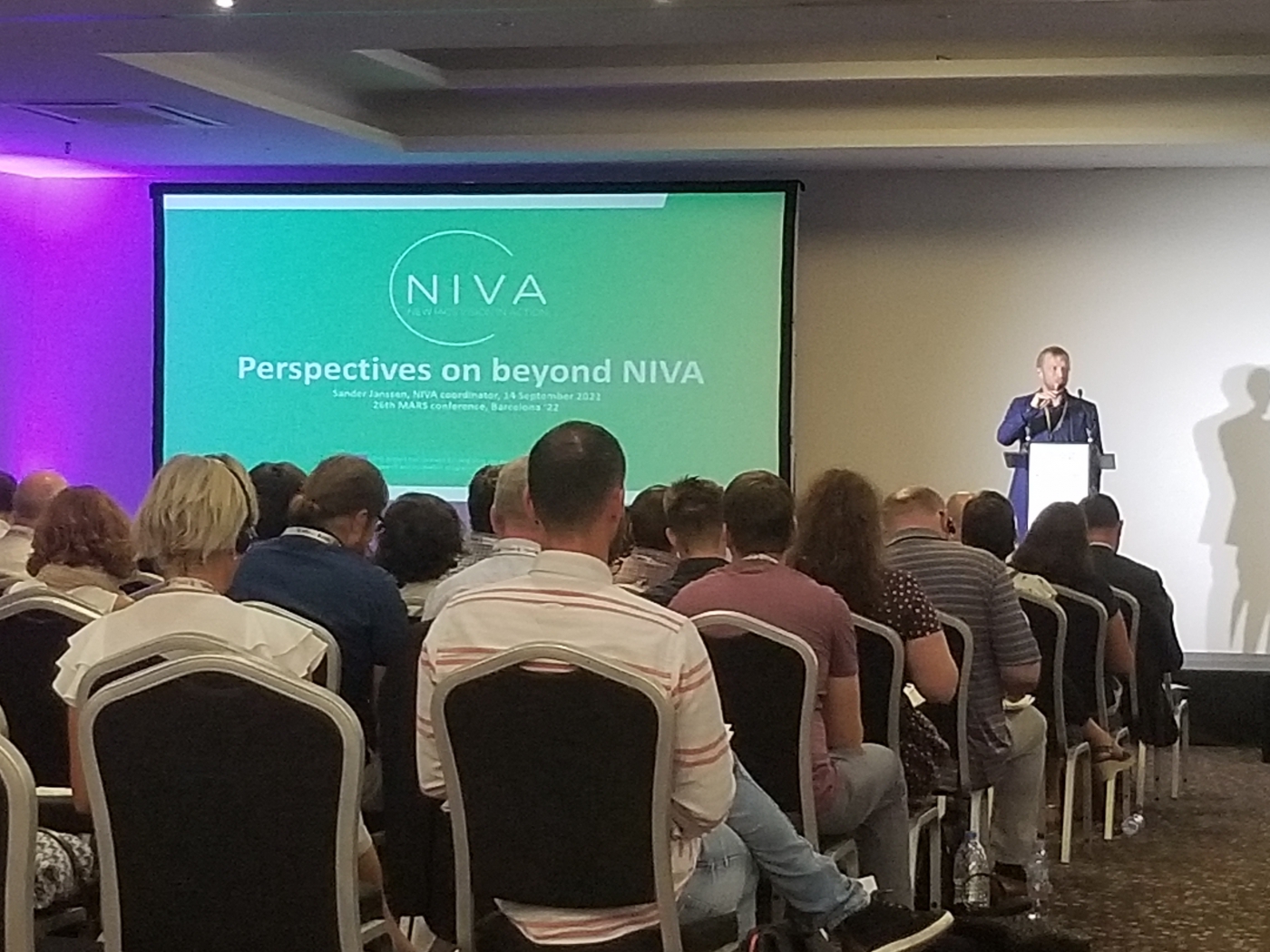 From the 12th to the 14th of September the MARS conference took place in Barcelona.
The MARS (https://marswiki.jrc.ec.europa.eu/wikicap/index.php/Barcelona,_12-14_September) conference brings together the community of technical experts in the domain of administration and control of the area based subsidy schemes. More than 350 participants were present at this event. NIVA‘s project coordinator Sander Janssen presented NIVA idea, implementation process, results achieved, what the lessons learned are and what the implications and opportunities for the Paying Agencies are, also, what can be learned about cooperating in a project such as the NIVA project. The implementation of the new CAP is on the minds of all the PAs and NIVA showed successfully how the innovations can contribute to the implementation of the new CAP.

The NIVA project was presented as well as the evolution of IACS through AMS and beyond. A focus detailed the use of agricultural data in this new temporality, with a new context of performance and openness. The potential of new technologies was underlined in its harmonized, shareable and scalable dimension. The audience showed very much interest and positive feedback of this presentation.

At the poster session NIVA was represented by our partners IGN, INRAe and ASP with the work of UC1B (agro-environmental monitoring). Conference participants showed great interest in the possibility of monitoring the impact of agricultural practices on the environment. Many questions focused on the need for operational implementation of these indicators, which is a later step with the development of the carbon balance (Tier3). Another poster on IACS data sharing enhanced Work Package 3. Many Commission members were very concerned about the solutions highlighted to provide Paying Agencies with the means to share data according to a degree of priority linked to needs and cross-cutting uses. Also NIVA partner Neuropublic shared a poster on the NIVA DSS system developed for UC1a, showing  the integration of satellite data with a traffic light dashboard. Other NIVA members were also present at the MARS conference, as well as lot of the NIVA stakeholders, which made it a good opportunity for a further increase of the networking of NIVA.

Click HERE to see the UC1B and WP3 posters

In the lobby of the conference hall posters of NIVA including some visualizations were presented. 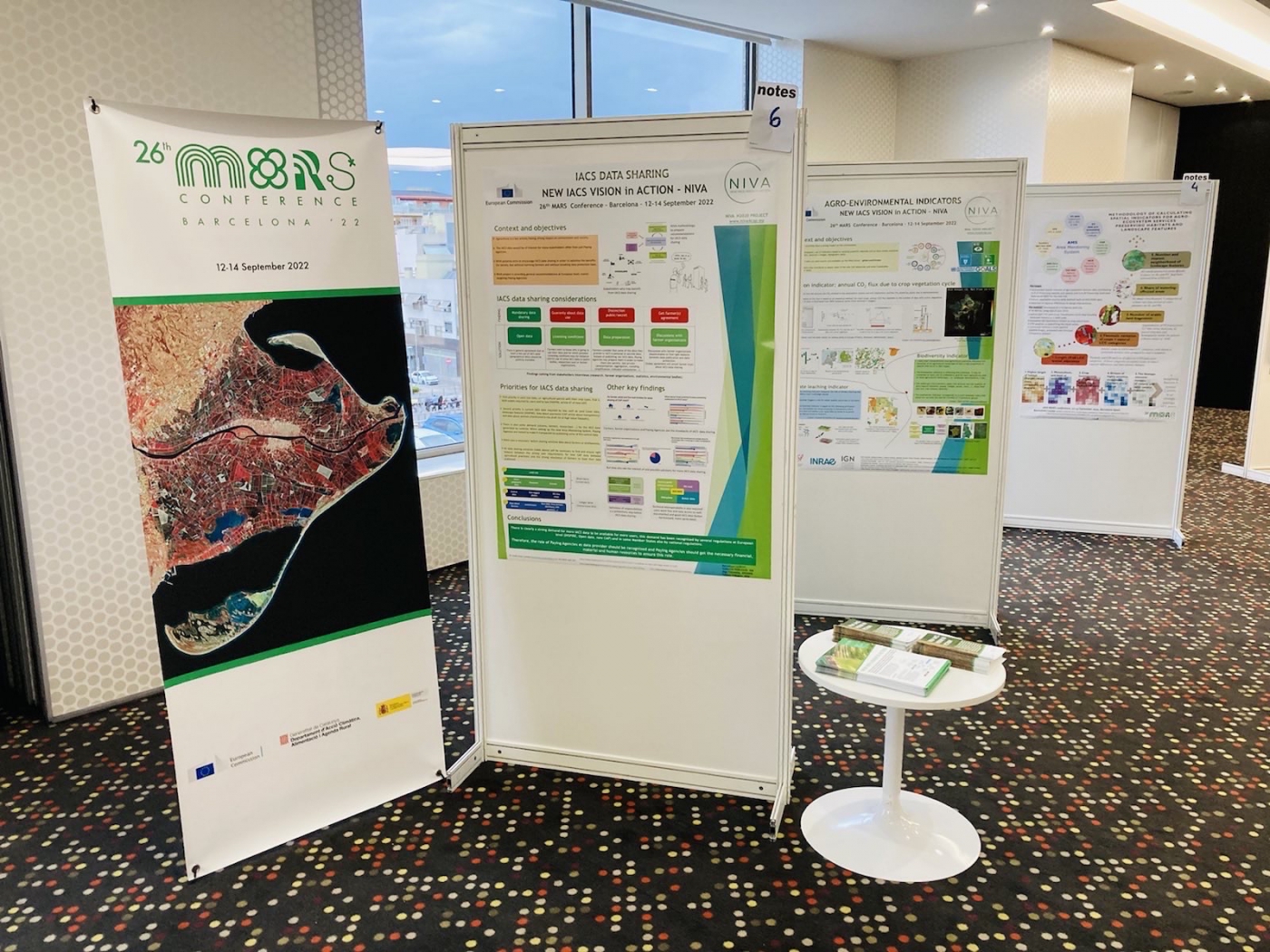 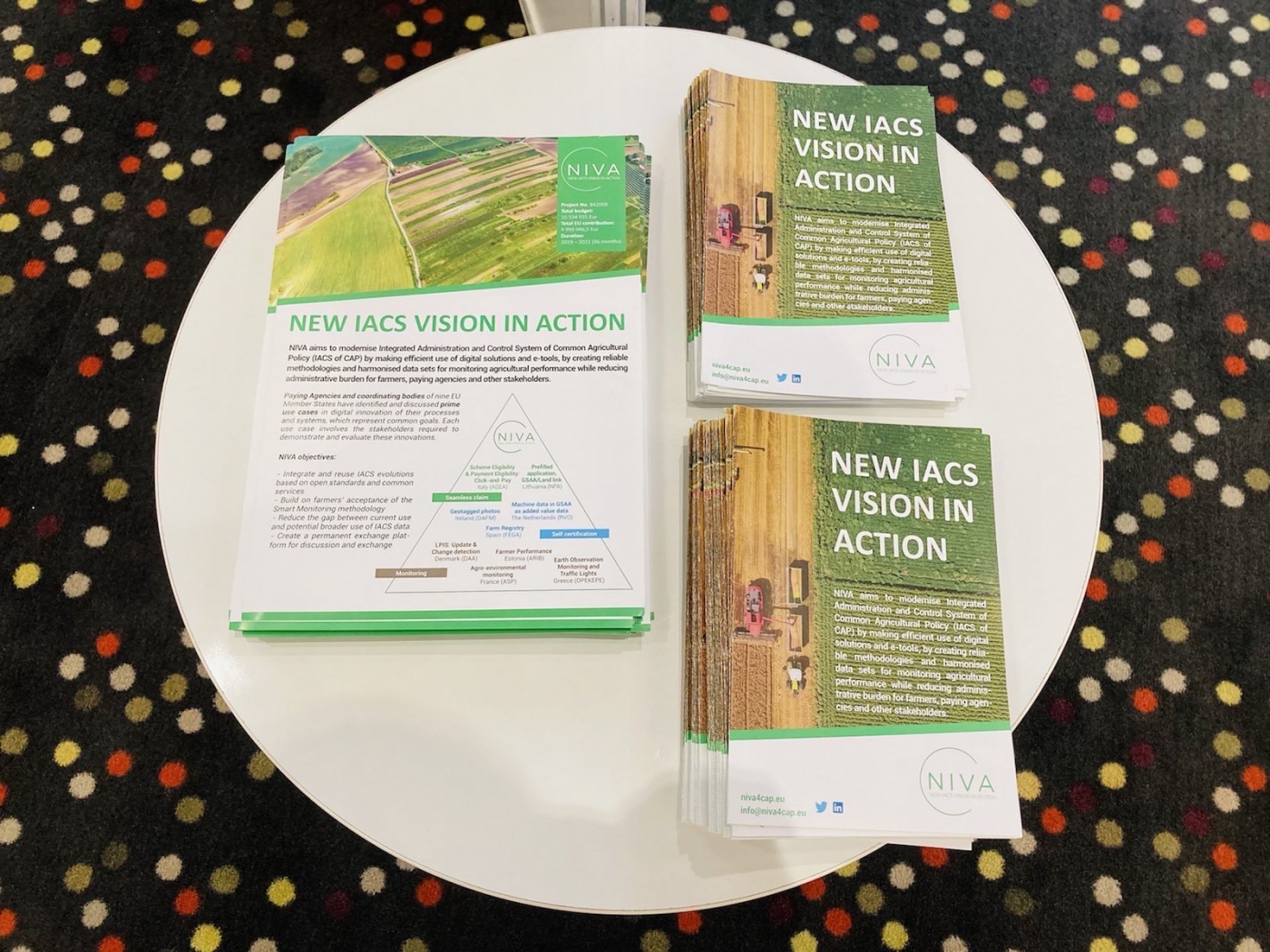 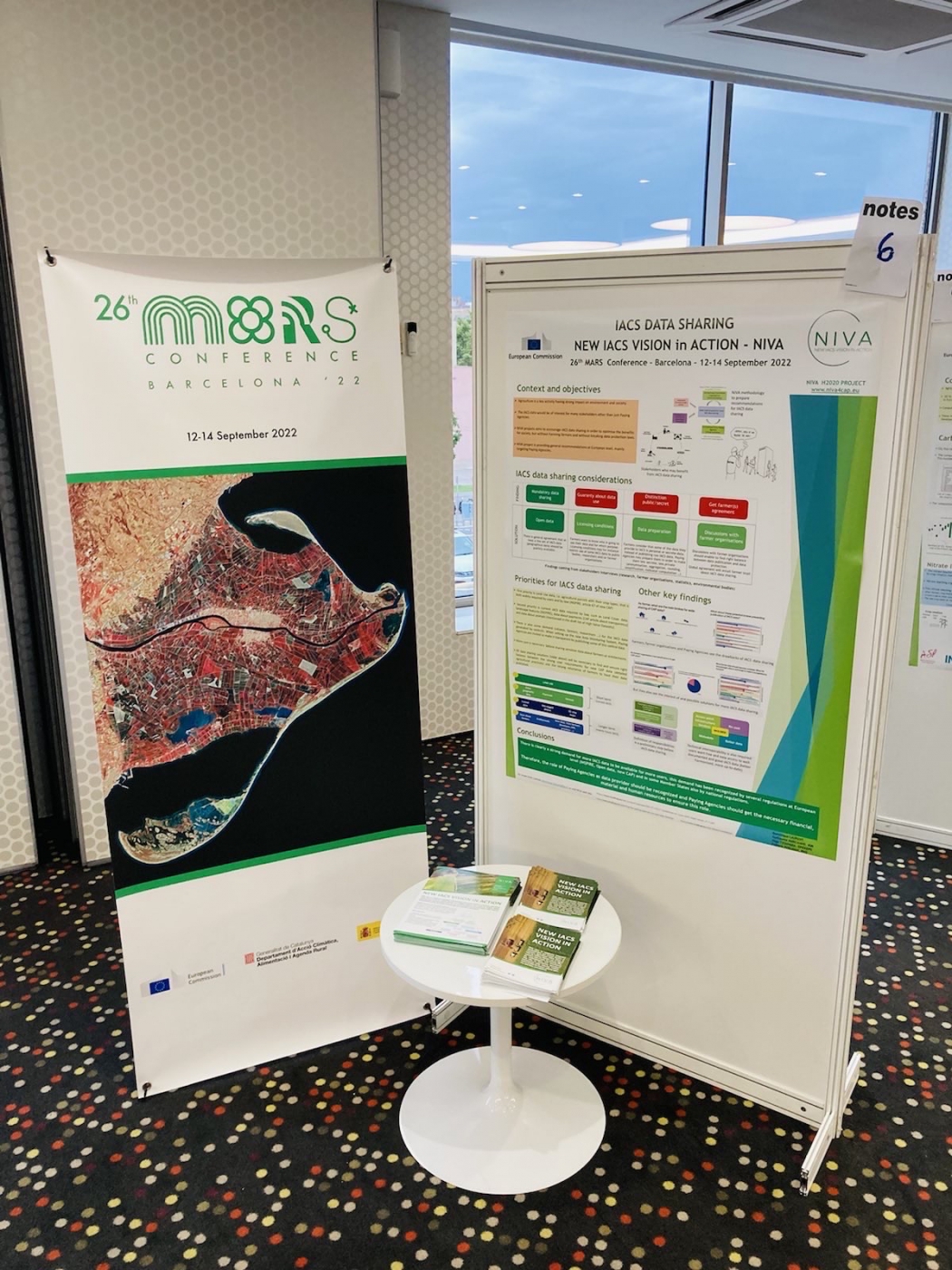 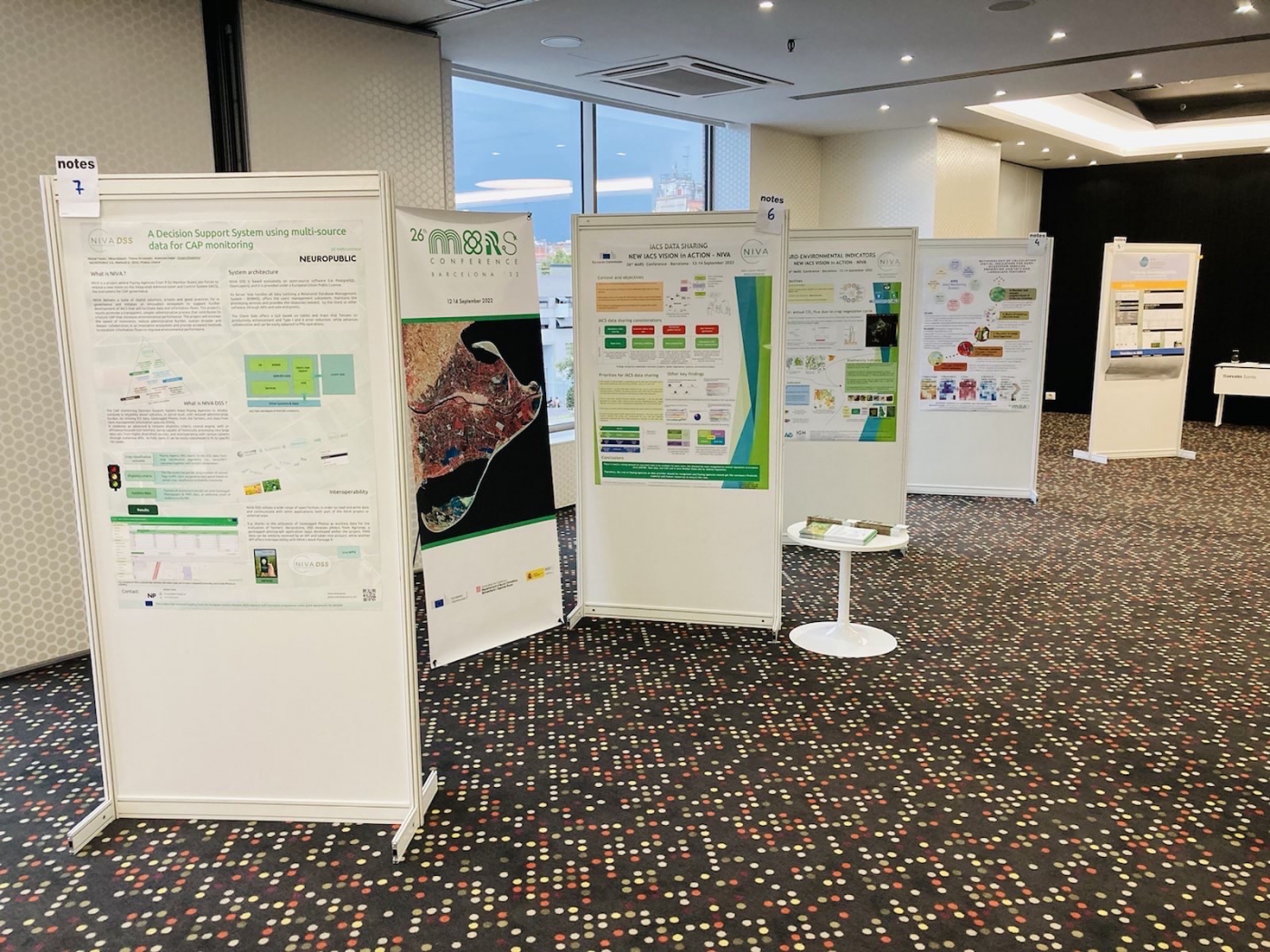